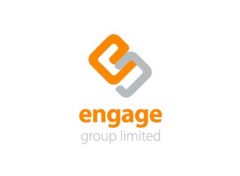 Engage Group is a public affairs agency established in Auckland in 2015. Our vision is to help you solve your communications problems, expand your organisation’s reach and influence and plan for and respond to reputation issues.

Engage Group founder and director Brian Finn advises clients on a wide range of issues and has worked across a diversity of industries and organisations.

Brian’s background includes heading up in-house corporate communications functions and leading large agency teams. He was head of public affairs for the New Zealand Rugby Union from 2004 until 2011 and for several of those years, he also led communications for Rugby New Zealand 2011, the organisng committee for the highly successful Rugby World Cup (RWC) 2011. His work on the RWC 2011 Bid won the Public Relations Institute of New Zealand’s Supreme Award in 2006.

Previously, Brian worked in the corporate world in the technology, aviation, banking and payments industries working in-house leading corporate affairs and in agency roles. He has also worked on major events such as the Nagano Winter and Sydney Summer Olympic Games, the World IT Congress in 2002 and the 2003 Rugby World Cup in Australia.

A Fellow of the Public Relations Institute of New Zealand, Brian is Chair of PRINZ’s Northern Region and is also a member of the board of Special Olympics New Zealand and an organiser of the bi-annual Southland Party at Parliament.

Brian’s expertise is called on by clients to develop communications strategy, to research and create issues and risk management frameworks, for advice in times of crisis, for stakeholder engagement planning and delivery and to provide brand, media and sponsorship strategy and advice.

While providing a broad range of counsel, Engage Group regularly collaborates with other consultants, contractors and agencies to support client needs and can enlist an expanded team for a specific project if required.