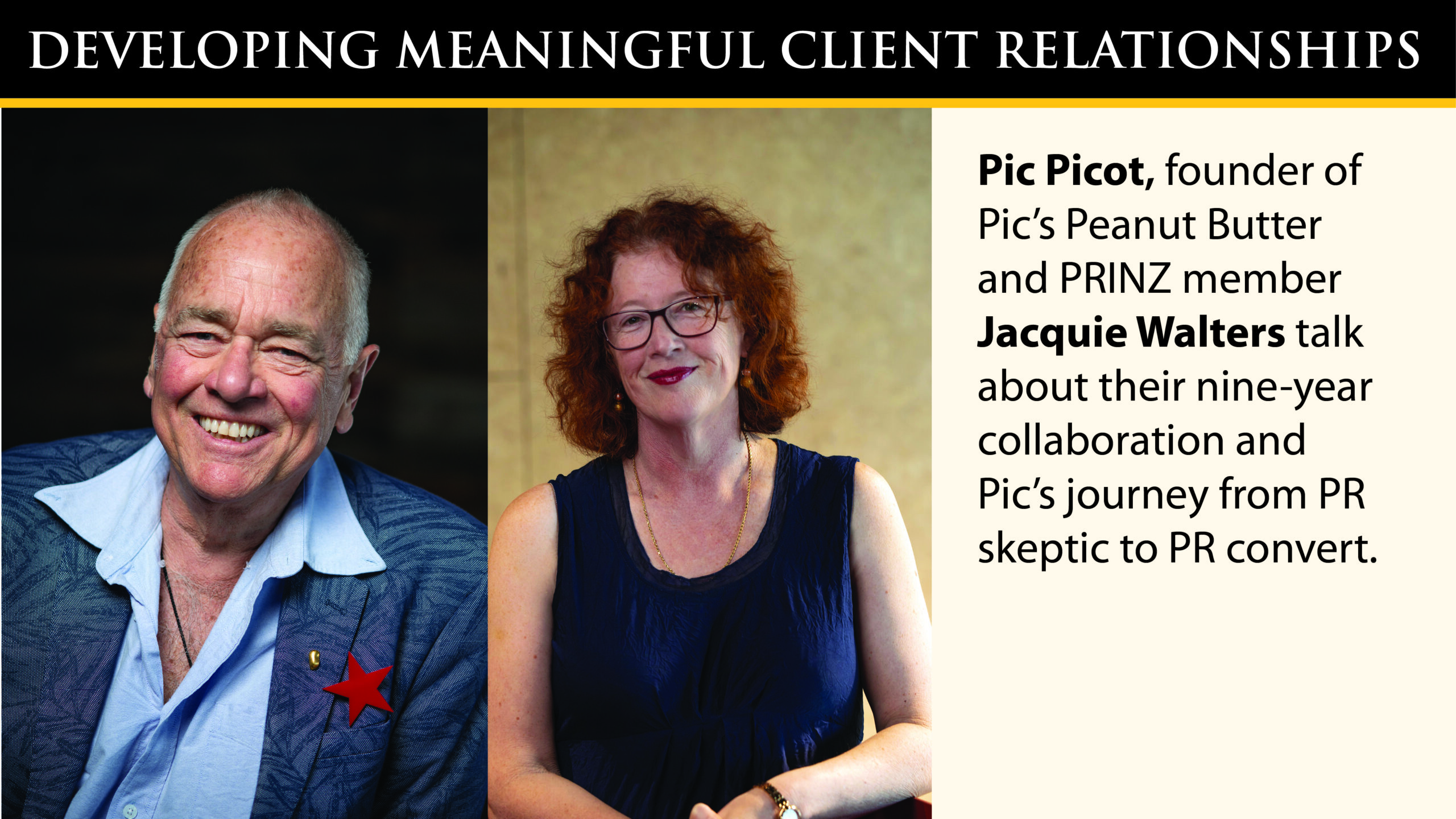 Mutual trust and respect is at the heart of every good client/provider relationship. In this webinar public relations consultant Jacquie Walters talks with one of her business’ foundation clients, Pic’s Peanut Butter owner and founder Pic Picot, about how to build and sustain a good client relationship. Jacquie and Pic have worked together since 2013. During that time the Pic’s Peanut Butter business has grown exponentially.

Pic will bring his characteristic humour to the discussion which will traverse topics including building trust, fast growth, matching internal and external reputation, difficult conversations and how to have them, and friendship in the client relationship.

Jacquie has worked in media and public relations for nearly 30 years in a wide variety of roles, including being the first editor of much-loved forestry magazine NZ Logger. Jacquie founded WaltersPR in 2012, the same year that she won a PRINZ award for her in-house public relations work at the University of Canterbury following the 2011 earthquakes.

Jacquie has an MA in Shakespeare Studies and is a singer-songwriter and recording artist. She is also a parent of two teenagers which means that she spends a great deal of time at the supermarket (when we aren’t in lockdown). 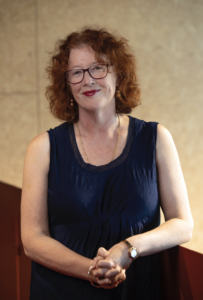 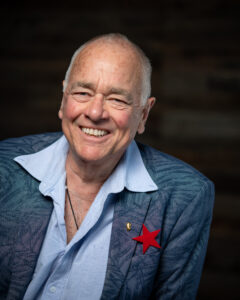 Pic Picot is the Owner/Founder of Pic’s Peanut Butter, a simple blend of roasted peanuts and salt that in nearly 13 years has become the best-selling peanut butter in New Zealand.

Pic, a legally blind peanut butter lover, with no experience in the food industry, made his first peanut butter for him and his son’s enjoyment in 2007, roasting nuts in a concrete mixer in his garage and selling his first jars at the Nelson Saturday market.

Pic’s Peanut Butter World, his new factory, cafe and visitor experience, opened in February 2019, employing over 50 people, and producing around 25,000 jars a day, with exports to Australia, China, the UK, the US, the Middle East and South East Asia.

In 2018, Pic was made a member of the NZ Order of Merit for services to business.