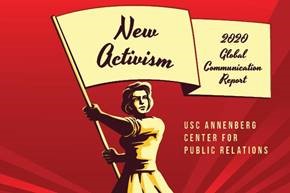 The fifth annual Global Communication Report, New Activism, the report from the USC Annenberg Center for Public Relations in partnership with Global Alliance for Public Relations and Communication Management and other Public Relations organisations examines the evolution of activism and its impact on PR. It finds the new generation of activists are younger, more diverse, and more collaborative. They also prefer voting over protesting. Communicators believe that, due to decreasing trust in Government, activism will grow in influence over the next five years, and that “average citizens” will be one of the most influential types of activist. The study also found that what it calls “New Activists” are aligned with PR professionals in the belief that the best strategy for creating long-lasting change is not protesting but voting.

In this year’s report on New Activism PR professionals state that traditional activist tactics, such as protests and walkouts, are better for raising awareness than for influencing the political process. They agree that mobilizing voters (37%), running for office (34%) and voting in elections (31%) are more effective long-term. In a separate survey, activists place an even greater importance on voting in elections (43%), while few activists (11%) believe protesting in public creates long-lasting change.

Communicators predict that activism will grow in influence over the next five years, primarily driven by the lack of trust in political institutions. They also agree that “average citizens” will be more influential than CEOs and journalists, with the prototypical New Activist being a younger, nonwhite, urban female who is well-educated and tech-savvy. She also will be more informed, more empathetic and more passionate — qualities that facilitate cooperation with brands and companies.

“We are witnessing the democratization of activism: Today’s activists are everyday citizens united in their desire to create real change and they’re employing modern communication strategies to influence the political process,” says Fred Cook, director, USC Center for Public Relations. “Their influence is growing, and they’re willing to partner with progressive companies who align with their values.”

While 70% of the PR professionals surveyed claim to be allies (people who support activists), 60% confess they rarely involve activist groups when creating a new initiative for their company or their clients. Even though the majority of those who work with activists find it beneficial to their brand, only a meager 11% plan to engage with an activist group in 2020. This lack of communication explains why only 31% of professionals surveyed believe their organization is fully prepared to respond to potential activist attacks.

Eighty-four percent of PR professionals surveyed agree that corporations should take a public stand on societal issues directly related to their business, most often citing diversity & inclusion. Climate change has risen to second place on that list, while more controversial issues such as gun control and immigration are further down. Looking forward, almost half of the younger members of the PR profession believe that business should engage on issues outside of the current corporate comfort zone.

When it comes to storytelling, communication professionals think that social media is the activist’s most effective tool. While activists agree that social media is key, they place equal importance on more traditional methods such as billboards, direct mail and books to deliver their message.

“Having historically being viewed as adversaries, modern activists have more in common with their corporate counterparts than many professionals realize,” Cook says. “Both groups are addressing critical societal issues through purposeful communications and civic engagement. New Activism requires a new perspective from PR.”

The 2020 Global Communication Report is a comprehensive survey of more than 1,000 public relations leaders and students worldwide and of nearly 300 citizens engaged in public action and politics. The fifth annual study is available at http://annenberg.usc.edu/gcr. The Center also will launch a podcast series on May 4, titled “PR Future,” featuring interviews with prominent activists and PR industry professionals.

Educators may request printed copies of the Global Communication Report for classroom use by emailing usccpr@usc.edu. 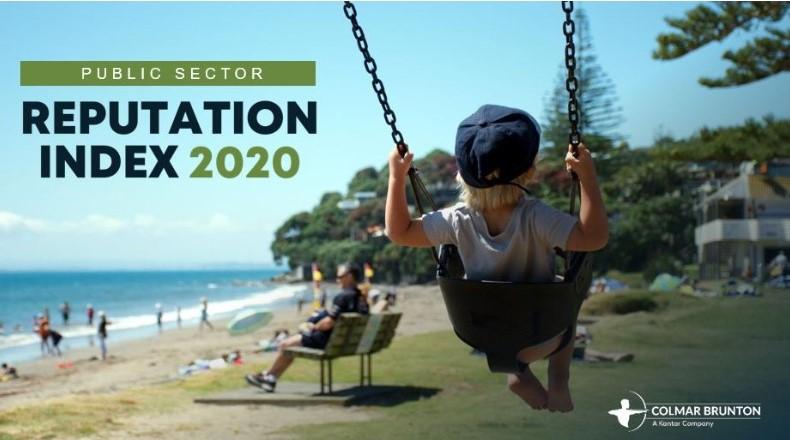